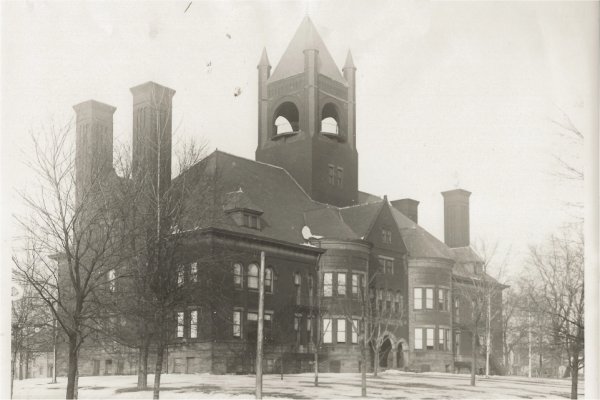 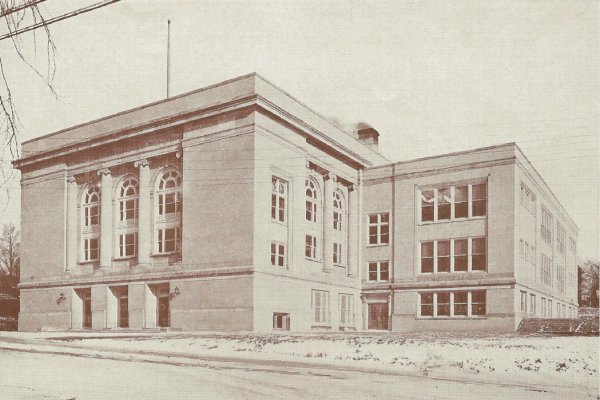 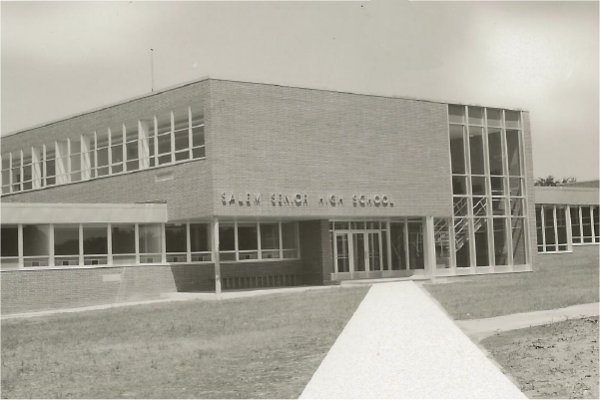 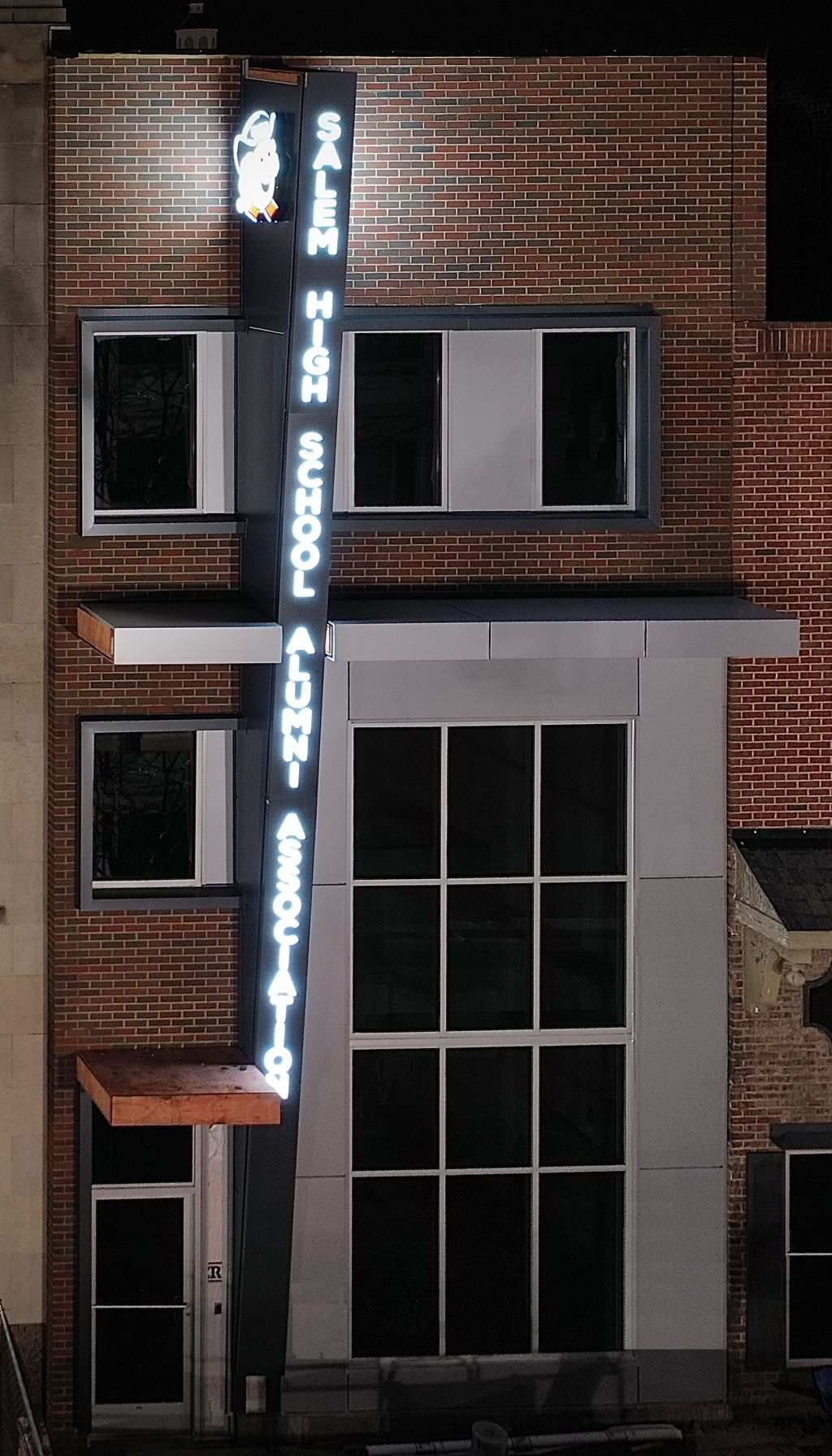 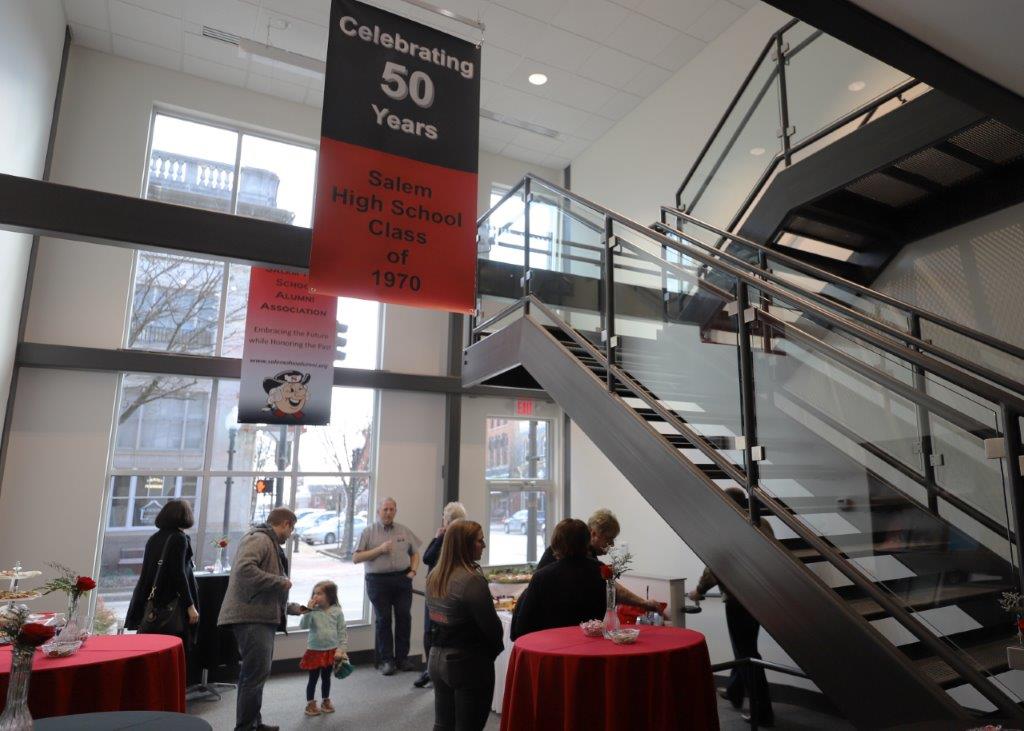 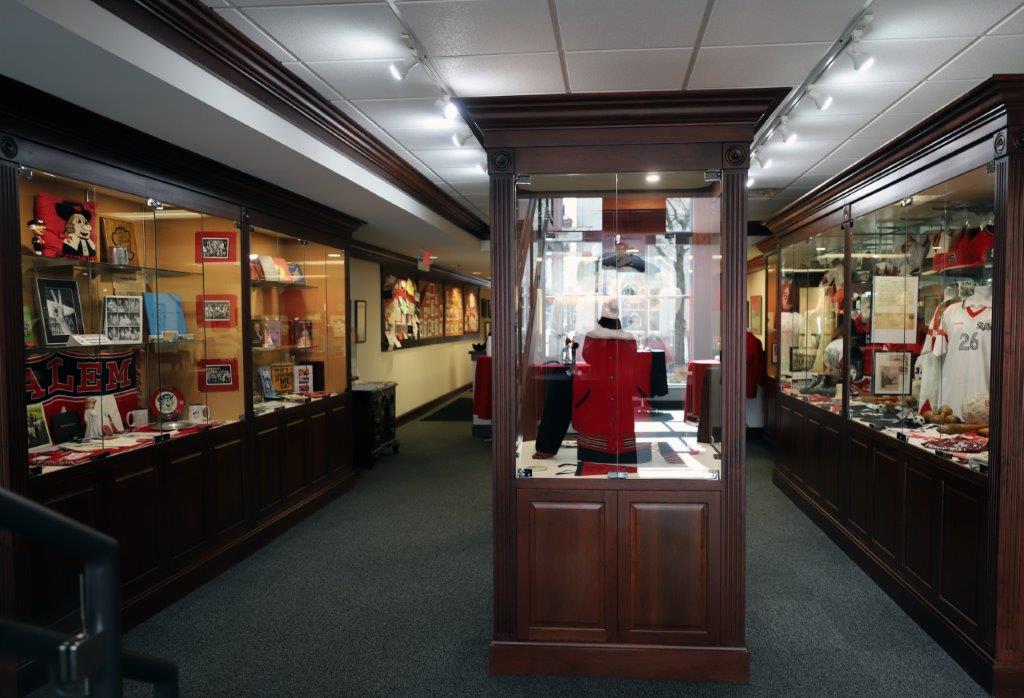 Our Mission
The mission of the Salem High School Alumni Association of Ohio shall be to award scholarships to qualified students; to manage assets including memorabilia for future generations; and to honor the organization’s past by nurturing friendships and enriching memories.
Our Origin
The Salem High School Alumni Association (SHSAA) began on June 14, 1882, when 33 Salem High School alumni met with several of their former teachers. The next year the association's tradition of holding an annual reunion banquet started with a dinner at the high school.

Several years later, association members decided that they wanted to do more than keep alive memories of high school days. They decided to help outstanding graduates attend college. On June 20, 1903, they established the first high school alumni scholarship fund in Ohio. SHS graduates and friends were contacted to raise funds, and within four years the group had enough money to buy a $1,000 bond. The $60 interest generated by the bond was awarded as the first alumni scholarship to Walter French when he graduated in 1908.

For the first 16 years of the scholarship program, a single student was selected to receive a scholarship. The fourth alumni scholarship recipient was Charles E. Burchfield, who, after his graduation in 1911, attended the Cleveland Institute of Art. He is regarded as one of America's finest watercolor painters. In 1912 Esther Gearhart was the first female recipient of an SHSAA scholarship. (In fact, of those first 16 single recipients, 8 were female.) Two years later in 1914, Clement Charles Johnson was SHSAA's first Black scholarship recipient. Johnson was the first Black engineering graduate of Michigan Agricultural College (Michigan State University)and was honored by MSU when a scholarship/mentoring program was instituted in his name. Johnson has been recognized as one of America's first rocket-research engineers and its first Black automotive engineer. He worked for the Ford Motor Company in Detroit and knew Henry Ford personally.

Much of what is known about the association and Salem High School during the 20th century is due to the excellent recordkeeping of Laura Mae Hovermale Whinnery '30. For many years Mrs. Whinnery collected and carefully archived information about SHS classes, sports, extracurricular activities, and alumni. Many wonderful items—newspaper clippings, photographs, and memorabilia—preserved by Mrs. Whinnery were donated to the association and are now on display at the association's office at 330 East State Street.

SHSAA Office Building
The association's office has been in downtown Salem since 1983 when Daniel E. Smith '46 generously gave the association a 15-year, rent-free lease for the three-story building that he owned at 328/330 East State Street. Next door to Smith's jewelry store, this building will be remembered by many as the site of Schafer's Tavern although over the years it also housed a shoe store, hardware store, billiard hall, tobacconist, photography studio, and cosmetology school. During 1983 and 1984, the second floor of the building was extensively remodeled with support from members of 18 different SHS classes. The association later purchased the building for $54,306.

In 2008, with the need for more space and easier accessibility becoming apparent, the association renovated and moved the office to the first floor of the building. Many alumni donated money, in-kind contributions, and time to the renovation of the 2,800-square-foot space that includes an office, display areas to showcase memorabilia, and a conference room that is available for class reunion planning meetings.

Because of the office building’s deteriorating façade and front foundation, the association embarked in 2019 on an important renovation project, one that would maintain the 150 year old building, address safety concerns, improve the display of memorabilia, and support Salem's historic downtown.

The “Building for the Future” campaign raised nearly $332,000 in donations from generous alumni and friends of alumni to allow this project to move forward.

The repairs and renovation, which were completed in January of 2020, remedied the safety concerns with the façade and the foundation. The renovation also changed the appearance of the front portion of the building. Removed were the separate second exterior door, the steep wooden stairway to the second floor, and the front portion of the second floor. Added were two-story windows facing State Street; an airy two-story lobby with banners, recognition boards, a Frame TV, and new furniture; an internal open staircase to the second floor; a meeting area on the second floor, along with tables and chairs donated by the Class of 1958; and a brightly lit exterior sign featuring Quaker Sam and Quaker Lady.

The SHSAA office provides a welcoming and safe environment where alumni can gather and where high school memorabilia can be seen and enjoyed. We invite you to visit.

SHSAA Office Staff
Beginning in 1984, the association employed office coordinators to manage its busy office. Robert Dixon '40 served in this capacity from 1984 to 1995; Henrietta Hilliard Kilbreath '42 from 1995 to 1998; and Helen Potter Hayes '57 from 1998 to December 2017.  The office staff keeps the database of graduates' names and addresses up to date, supplies information and other assistance to class reunion planners, collects and archives information about SHS and its alumni, records contributions, corresponds with donors, and coordinates the twice yearly mailing of the association's newsletter.

Current Scholarship Summary
SHSAA is in its second century of granting scholarships. On May 21, 2022, SHSAA awarded 131 scholarships--100 to graduating seniors and an undergraduate band camp student and 31 to postsecondary students--for a total of $533,050.  Since 1908 the association has awarded more than $8.8 million, more than half of which was given during the last fifteen years.
Board of Trustees
All members of the Board of Trustees shall be elected at the annual membership meeting of the association. The trustees shall be elected for a term of three years, and no member shall serve more than three consecutive terms. There shall be six standing committees: Alumni Relations, Executive, Finance, Nominating, Facilities, and Scholarship. Every trustee shall serve on a standing committee; there shall be a minimum of three trustees on each committee.
Read More About Salem High School Alumni Association History from H.H. Sharp, Class of 1878, Written in 1925

Relive the Early Days of Education in Salem Back to 1809 Under the Society of Friends (Quakers), Written in 1876 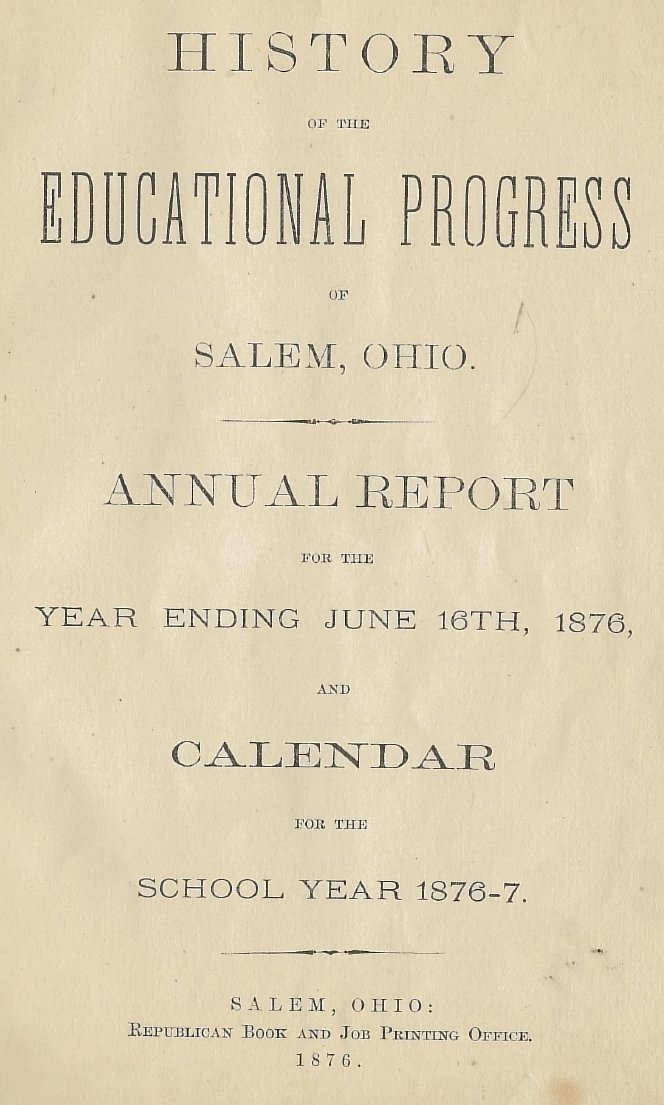 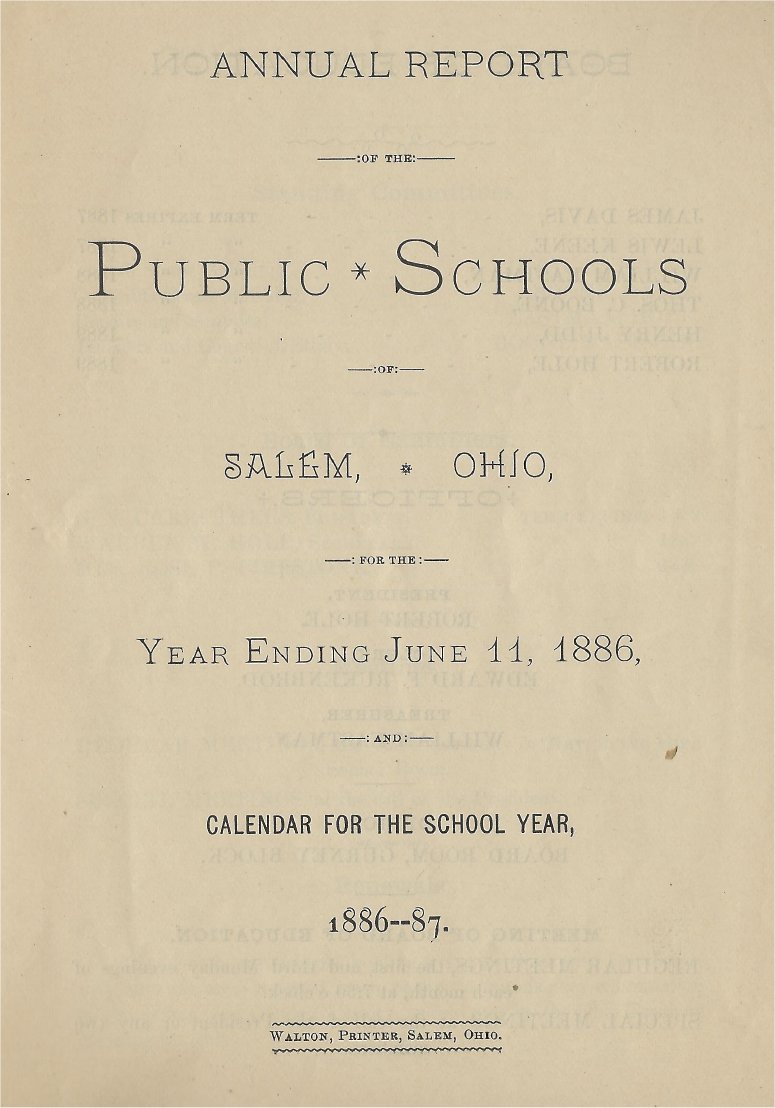