Barbara Butler Greene ’44 is best known for writing and composing the Salem High School Alma Mater as an SHS student. The Alma Mater was played for the first time at a 1943 football rally.

In 1963, Richard Howenstine, marching band director, requested a harmonized version of the Alma Mater. Stephen J. Navoyosky '53 wrote the arrangement for the SHS Robed Choir who used it at all chorus and choir festivals.

The SHS Robed Choir premiered the harmonized version at their 18th annual Christmas musical program on December 15th, 1963, under the direction of F. Edwin Miller.

Later Navoyosky wrote the score for the concert and marching bands.

Click Play to listen to the 1964 SHS Robed Choir performance:

Click Play to hear this tribute by Cheryl Hundertmarck Kekel '66, accompanied by Gary Kekel '66, which was made upon Barbara's passing in September 2015:

...
In Memory of Barbara Butler Greene

Always musically inclined, Barbara was an active student who participated in Glee Club as well as concert and marching bands where she played the glockenspiel or bell lyre.

Barbara composed the “Alma Mater” as an SHS student, and it was played for the first time at a 1943 football rally.

In a 1962 interview, Ms. Butler Greene said, “The tune just started somehow, and my [future] father-in-law and I harmonized to it and worked out the words. It seemed like a pretty school song, so we had it copyrighted and published and gave the copies to the school. . . .It’s still really a thrill to hear the Alma Mater and to have someone remark about it to me.”

In later years, Barbara was instrumental in resurrecting the SHS fight song, “Quaker Drive On,” which was originally written by Charles Freed ’36, brother to famed disc jockey Alan Freed ’40.

Barbara went on to attend the Hannah E. Mullins School of Practical Nursing and then joined the U.S. Cadet Nurse Corps. She served as an industrial nurse for the Eljer Company of Salem for more than 18 years before retiring in 1986. She married and had three children, Susan, Richard, and David.

In 2014 Ms. Butler Greene attended the SHS graduation ceremony where she performed the Alma Mater and was honored for her contributions to her high school.

Barbara passed away in September 2015. She will be missed. 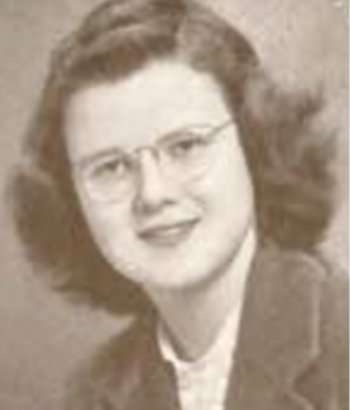 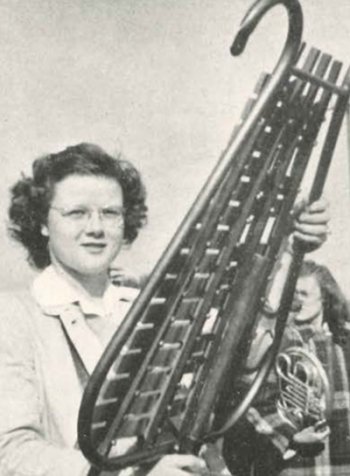 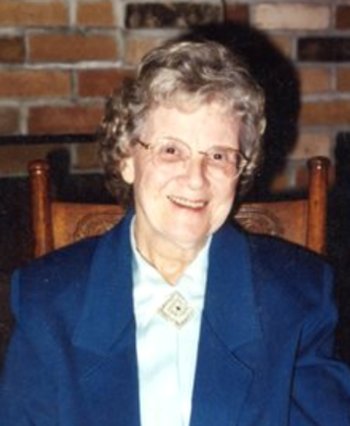